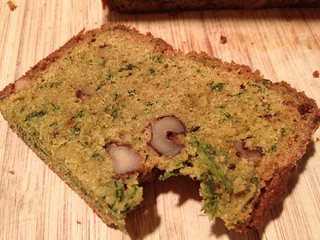 Not too long after the Money Misfit household moved into our current rental unit, I discovered an awesome local business (Compost Now in Raleigh) that offers composting pickup service for people who can’t compost at home. A lot of cities have a similar service, and I highly suggest that you sign up for one!

Here’s how such a service works – you pay them a small monthly fee in exchange for them picking up a bucket of compost items each week. Then, they turn that bucket of organic material into compost that you can use for your garden or donate to a local community garden. Personally, I hate wasting anything and, even though I do not garden, I love being able to use such a service and help out the environment and reduce my waste.

Unfortunately, I live in a neighborhood where my house is the only one that was using the service so they basically cut me off because it was not a good business decision for them to keep driving out of the way to pick up my compost bucket each week. I offered to drop it off each week, but they said no 🙁

Where I was heading with this story is that I got a juicer a few months ago and it results in all this pulp from the veggies and fruits that was just going to waste. I hate wasting anything, so I set out to determine what I could do with this juicer pulp and I actually found a few things! Unfortunately, my household of two cannot keep up with all the juicer pulp so there is still a little waste, but here are some of the things that you can do with it.

Things To Do With Juicer Pulp

1. Add it to a soup! If you make a lot of soups from scratch, and you should cause it’s super cheap, then you can throw in some of the juicer pulp for extra flavor and yummy factor. I make a lot of green juice with spinach and kale (and a few other things), so that it great pulp for a veggie soup.

2. Make a veggie spread! If you are the kind of person who puts a schmear of veggie spread on your bagel or toast, then you can create some mighty tasty spread with your juicer pulp. Just mix it in with some cream cheese and you’ve got instant veggie spread! As a bonus use, I’ve found that this type of veggie spread is great for veggie/sprout sandwiches (if you eat those like me).

3. Bake a surprisingly sweet treat! This may sound really gross, but if you’ve ever made zucchini bread then you know how tasty it can be. And if you’ve never made that, then just know that it is similar to banana bread – yum! Just get yourself a zucchini bread recipe (plenty of those on the web, like this one) and substitute the juicer pulp for the zucchini. I like to eat a slice of this juicer pulp bread when it is hot with a little butter. Goes great with hot tea or coffee.

4. Have veggie pancakes for dinner. I followed this recipe, except that I didn’t use a pancake mix and instead made that from scratch too. I suggest adding a little more salt than the recipe calls for as my batch needed it. When I made these, I dipped them in a little sour cream and ate them with some homemade chili. Not a bad dinner at all.

These are just the things that I have found to do with the juicer pulp thus far. I’ve also learned a few things along the way.

If you use fresh ginger root in your juicer, then be sure to peel it as that peel will not taste good in your veggie pancakes or bread, etc.

If you’re using apples in your juicer, then peel them as the apple peel is also not that pleasant in the baked items.

Kale and celery tend to be a bit stringy in the pulp, so you might want to pick some of that out of the pulp as it is not always pleasant in the baked items either.

1 thought on “Frugal Tips For That Leftover Juicer Pulp”